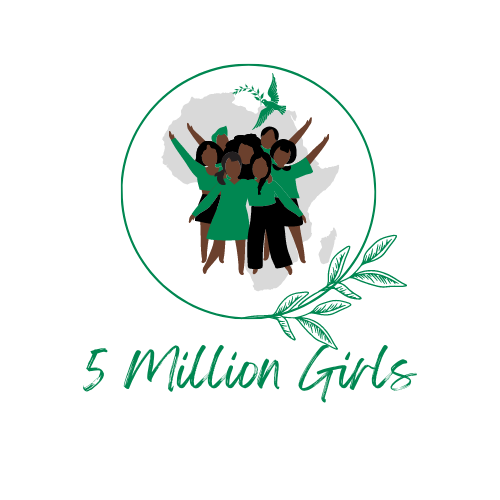 Undoubtedly, the girl child is locked in the self-afflicting slavery of cultural and religious inclination that has persistently fostered a lack of clear sustainable, equal access to education, retention, and completion for girls and women. Still, in the 21st century, girls are married out early because of cultural and religious convenience. The overall consequences of such endeavours lead to a low-level human development index for the girl child in the countries where such practices exist. It breeds poverty, illiteracy, overpopulation, and a high infant mortality ratio.

Empirical studies have shown that an estimated 14 million children are born annually to young married and unmarried adolescents, and about 90% occur in the Global South. In the Global North, UNFA and the EECA showed in their Demographic and Household Surveys (DHS) and the Multiple Indicator Survey (MICS) for Eastern Europe and Central Asia the rates of officially registered marriages involving girls aged 15-19. The highest was in Albania (27.2 per cent), Turkey (23 per cent), Kyrgyzstan (19.1 per cent), and the lowest in Kazakhstan (0.9 per cent), Ukraine (2.2 per cent), and Serbia (5.9 per cent). Among certain minority groups, principally Roma in South-East Europe and Ukraine, rates of child marriage are known to be much higher than among the general population. For instance, MICS data from Serbia indicate that among Roma in that country, 44 per cent of girls aged 15-19 were married or in a union, of whom 14 per cent had married before the age of 15

The DHS and MICS reveal that the cause is driven by – and perpetuates – the lack of value placed on girls’ education and future role in society beyond domestic labour and child-rearing. Intersecting with social exclusion, ‘tradition’, poverty, and other factors such as geographical isolation or the presence of violent conflict, the early marriage of girls embodies and maintains a cycle of gender discrimination and women’s marginalisation.

Early school leaving is often among the most damaging after-effects of early marriage and pregnancy among girls. A pregnant schoolgirl must undergo an abortion, which is usually illegal and unsafe in the Global South or stop her school if she decides to keep the pregnancy. Girls who had the opportunity to enrol in school often record irregular attendance due to domestic demands, not prioritising their education. They are most likely to repeat years, drop out early and fail critical subjects that will deny them transition to higher educational levels.

In countries like Nigeria, Niger, Cameroon and Mali, the devastating effects of armed conflicts between farmers and herders clash, Boko haram insurgence, and the Islamic State in West Africa have significantly influenced the average lives of girls and women. Thousands of schoolgirls are kidnapped or forced out of school in conflict-affected states. The sexual terror inflicts psychological trauma, fear and insecurity on these young girls and women, triggering untold damage to their psyche and education.

The United Nations 2030 Sustainable Development Goal five demands gender equality that can eliminate all forms of violence against women and requires education to empower women with the knowledge, skills, and values to live in dignity, build their lives and contribute to their societies.

Project 5million girls – Emancipation through reading and discussing culture is a project that intends to use books from several cultural contexts to share experiences and raise the consciousness of girl child education. Using the grassroots community approach to enlighten women and girls on their fundamental human rights reinforces their courage to challenge the foundational and societal pressure limiting their educational chances.

There can be no better way to advance the cause of girls and women than to present them with stories that showcase what their lives ought not to be and inspire a marked transformational change. Therefore, the project aims to reach young girls and women worldwide, starting from Nigeria through the free distribution of ‘The Civilian JTF.’ The book is a heart-rending story told with relics of an extraordinary passion for portraying a painful, dehumanising experience of a young girl with a passionate zeal for quality education, a life free of male molestation, and social profiling. The story was a typical reflection of the terrible inhuman experiences that characterise the lives of average young girls and women in the African continent. The morals and lessons from this story are revealing and endearing.

We use cookies on our website to give you the most relevant experience by remembering your preferences and repeat visits. By clicking “Accept All”, you consent to the use of ALL the cookies. However, you may visit "Cookie Settings" to provide a controlled consent.
Cookie SettingsAccept All
Manage consent

This website uses cookies to improve your experience while you navigate through the website. Out of these cookies, the cookies that are categorized as necessary are stored on your browser as they are essential for the working of basic functionalities of the website. We also use third-party cookies that help us analyze and understand how you use this website. These cookies will be stored in your browser only with your consent. You also have the option to opt-out of these cookies. But opting out of some of these cookies may have an effect on your browsing experience.
Necessary Always Enabled
Necessary cookies are absolutely essential for the website to function properly. This category only includes cookies that ensures basic functionalities and security features of the website. These cookies do not store any personal information.
Non-necessary
Any cookies that may not be particularly necessary for the website to function and is used specifically to collect user personal data via analytics, ads, other embedded contents are termed as non-necessary cookies. It is mandatory to procure user consent prior to running these cookies on your website.
SAVE & ACCEPT
Contact Us